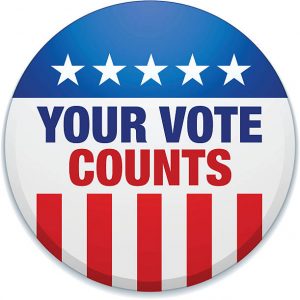 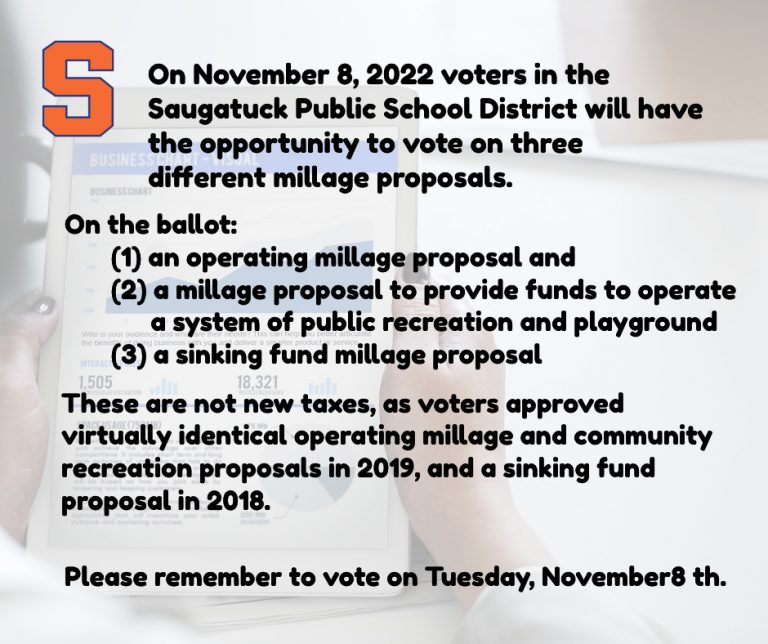 The operating millage proposal will ask voters whether to again approve an 18 mill non-homestead property tax on businesses, second homes, and commercial property to fully fund our district, as prescribed by state law.  This 18 mill non-homestead property tax does not apply to owner-occupied residences-these properties are exempt from that millage.  The proposal also includes a previously approved 1.5 mill hold harmless levy for operating purposes on all property.  The district opted not to levy this hold harmless millage for the 2022-23 tax year.

The combination of the 18 mills on non-homestead property and the hold harmless mills would generate approximately $7,277,966 for the 2023-24 school year, which is approximately 65% of the districts’ operating budget.  If this proposal does not pass, the State of Michigan will not replace the $7,277,966  of funding, which would limit the ability of the Saugatuck Public School system to operate.  In that event, the school district would need to cut the same amount of expenditures from its operating budget.

The third ballot proposal is a three year proposal for the building and site sinking millage to fund ongoing technology purchases and upgrades, and future repairs to school facilities not covered by the 2020 bond proposal.  The millage rate would remain the same at 0.50 mills, as approved by voters in 2018.  If approved, this millage would generate approximately $405,193 annually.

Please mark November 8, 2022 on your calendar or vote by absentee ballot on these three proposals.